I began my solo travels in November 2016. It did not seem beneficial to anyone for me to sit at home in Hawai’i alone, yet it did not seem a great weather time to travel elsewhere–until I remembered that November is the end of spring/beginning of summer in…New Zealand!

So I booked a flight to Auckland. We had hosted Katherine McKenzie from Auckland in 1982 for a year (when she was in high school). I didn’t know her married name, and thought it unlikely I could find her. At the last minute, I googled her name, and found she was practicing medicine in Auckland under her maiden name!

Connections were made, and we wound up getting together and had lots of fun getting reacquainted. While at Katherine and Jeremy’s home, I made this short video:

After my week in Auckland, I strapped on my trekking pack, and flew down to Queenstown, South Island.

The trekking adventure begins on South Island, New Zealand in November of 2015. 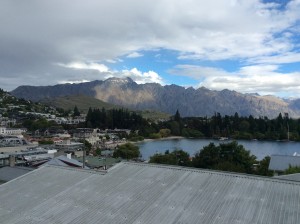 Queenstown, the entry portal to Fiordland. 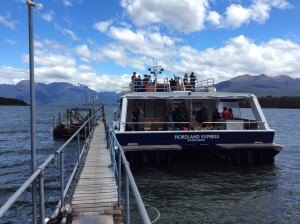 Boat to start of Milford Sound track (trail). The southwest part of the South Island is called ‘Fiordland’. 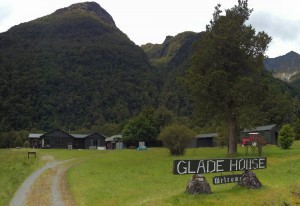 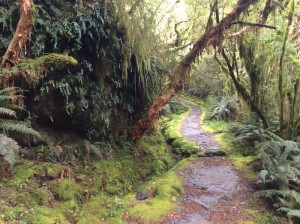 On the trail heading up the valley. 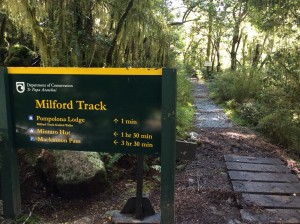 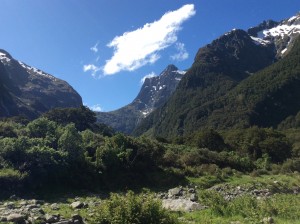 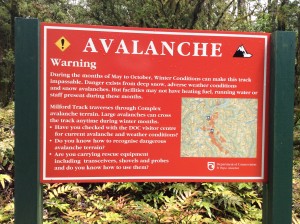 Fortunately, no avalanches this time of year–just rockfall. 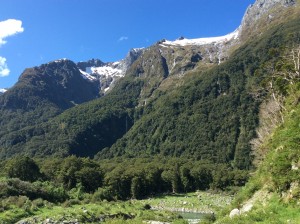 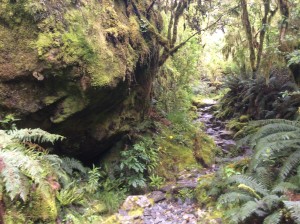 A lot of mossy trail to climb. 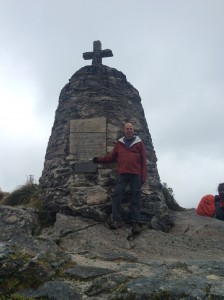 After a long climb, we top Mackinnon Pass. 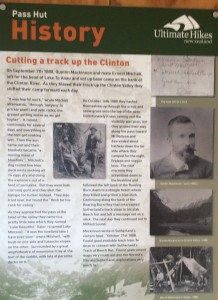 Milford Sound track gets a lot of rain. 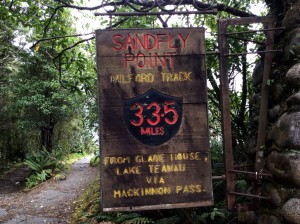 After 35 miles (including side hikes) we get to Sandfly Point! 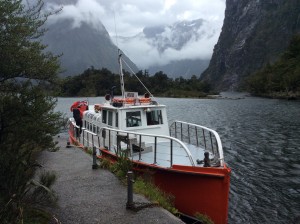 Where we take a boat down the lake a bit. 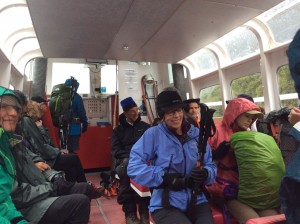 You can tell it was wet. Face nets to keep the Sandflies from biting. 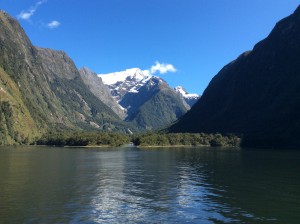 Hot bathes that night. Next morning, a sunny cruise on Milford Sound (a fiord).

A fine ending to the most storied ‘tramp’ in New Zealand…